Dr. Muzzo has been a member of the music faculty at York College since 2003. She conducts the York College Chorale, Chamber Singers, and founded the York College Treble Voices. She teaches courses in music education, music history, vocal methods, and conducting. Holding degrees from Gordon College and Westminster Choir College, she earned the D.M.A. in Conducting from the University of Georgia. In Georgia, Dr. Muzzo sang under the direction of Robert Shaw as a member of the Atlanta Symphony Chamber Chorus. She is the author of In Search of the Divine, a discussion of the work of composers Arvo Pärt and John Tavener.

Dr. Muzzo has a long career as a music educator at the elementary, secondary, and collegiate level. She is active as a guest conductor and workshop leader at numerous conferences and festivals and makes her home in Downingtown, Pennsylvania, where she enjoys singing in the choir at West Chester United Methodist Church. 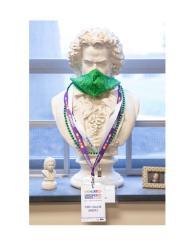 1) A Bust of Beethoven

Dr. Muzzo says this bust was left in the office by her predecessor, Dr. Fred Schreiner. Beethoven has a distinct York College aura as he is wearing a YCP COVID mask and several lanyards from special music events. 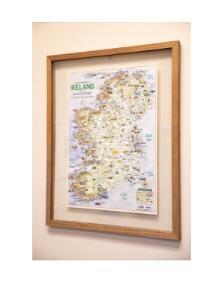 “This is from our first international music trip in 2018,” Dr. Muzzo says, “when York College music students and music faculty attended the Limerick Choral Festival in Limerick, Ireland.” 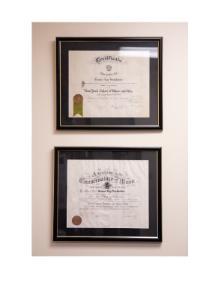 These two certificates were awarded to her grandfather and are located on the wall behind Dr. Muzzo’s desk. Her grandfather, Samuel Ray Burkholder, was a concert pianist and music teacher and earned the first Ph.D. in Music from Northwestern University circa. 1920. 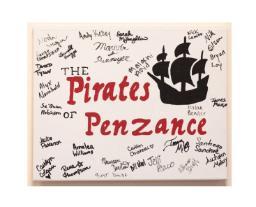 Dr. Muzzo served as chorus master for the College’s 2016 production of Pirates of Penzance.

Dr. Muzzo says, “This aging keyboard is my work station for many hours in the week, as I prepare scores and learn parts for rehearsals.” She adds, “It’s not a Steinway, but it will never go out of tune!”