Office Space: Alex Hernández-Siegel, Director of the Office of Student Diversity and Inclusion 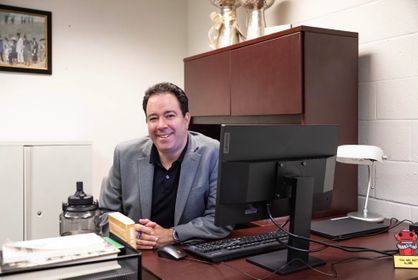 Alex Hernández-Siegel is passionate about his heritage. He makes it a priority to encourage diversity and inclusion and enjoys learning about other cultures. He deeply appreciates nature and our country’s national parks. All of these passions are reflected in items on display in his office. 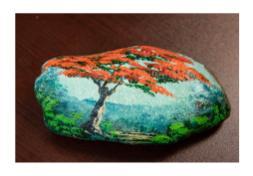 Hernández-Siegel is from Lancaster. He only started following football once he was living in New England, so of course, he says, “I am a Patriots fan (sorry, Eagles and Steelers fans).” He is also a Saints fan since he worked in New Orleans during the summers of his college years at Millersville University for a family friend who ran an agency located in Mid-City New Orleans that assisted people who suffered head trauma/injuries. Hernández-Siegel lived downtown near the Superdome where the Saints play. 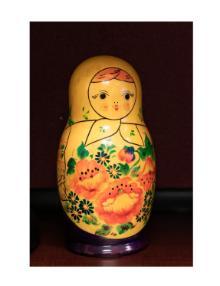 This was purchased during his visit to Moscow in 1987 during the days of the Soviet Union. When he graduated from Manheim Central High School, a group of alumni were invited on a school-sponsored trip to visit the Soviet Union, where he purchased this Matryoshka doll in a shop near the Kremlin.

Hernández-Siegel’s wife is originally from Mogadishu, but her family fled the civil war there in the 1990s and she spent most of her life in Minneapolis, where the largest community of Somalis in the United States live. These brown prayer beads have the names of Allah and Muhammad. Hernández-Siegel says he has learned a great deal about Islam through her and the similarities to his own Christian upbringing–overall, the similarities among the People of the Book, as Muslims say. 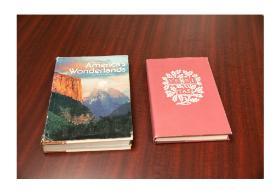 His music teacher, who started him on the bassoon when he was 11 years old, was a big national park fan. He gave Hernández-Siegel America’s Wonderlands that got him hooked on visiting our country's national parks. His favorites are Mesa Verde in Colorado, Denali in Alaska, and Death Valley in California.

College in a Yard II is a book he randomly found at the library at Franklin and Marshall College when he was a junior in high school. He purchased it at a book shop in Hanover, New Hampshire, a few years later. It contains the reflective essays of Harvard alumni over the years (like JFK), and it inspired him to succeed in college and to value the importance of friendships we form during our college years. He had no idea that one day he would earn a graduate degree from Harvard and it would be a life-changing experience

6. A wooden manatee from Iquitos, Peru 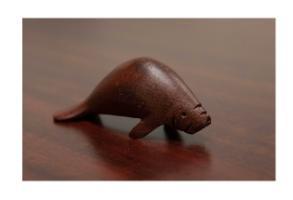 Hernández-Siegel had waited years to finally visit Peru since he became fascinated by Machu Picchu and the Amazon rainforest when he was a child. He is also a fan of manatees, which are found in places like Puerto Rico and Florida, but he says they are different species depending on where you go. He thinks they are such gentle and curious creatures and are also found in the Peruvian Amazon, where they are much smaller than the ones found further north in the hemisphere. He purchased this little manatee made of a wood found in the Amazon in Iquitos, Peru, a fascinating jungle city where you can only arrive by plane or boat. No roads go in or out of the urban area.

Hernández-Siegel is a graduate of Millersville University of Pennsylvania with a B.A. in Cultural Anthropology. He earned a Master’s degree in Cultural Studies at Dartmouth College and a Master’s in Education from Harvard University in a joint program between the Harvard Graduate School of Education and Harvard Divinity School in theology and higher education administration. He served as Director of the Office of Student Diversity and Inclusion Services at the University of St. Thomas in St. Paul, Minnesota, prior to his arrival at York College. He was responsible for directing support programs and advising for students of color and the LGBTQ+ student population at the university, as well as institutional change initiatives. Before St. Thomas, he was the Chaplain and Associate Dean of students at Colorado College, where he led the spiritual life and interfaith programs for undergraduates. He served in the administration at Harvard University for seven years as the Mennonite chaplain for the University, Director of Academic and Diversity Programs for Genomics Training at Harvard Medical School, and with Professor Diana Eck’s Pluralism Project at Harvard, which conducts research and programs regarding religious diversity in the United States. He also served as Assistant Dean of Student Life and advisor to Latino/Latina students at Dartmouth College.