York College of PA to hold first outdoor commencement since May 2019; Filmmaker McG to offer address 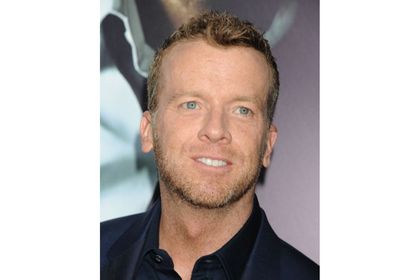 York College’s Class of 2022 will be the first to enjoy the typical outdoor commencement exercise since the Class of 2019. Nearly 700 graduates – earning associate, bachelor’s, master’s, and doctoral degrees – will be recognized during the May 14 ceremony, which will begin at 10:15 a.m. under the tent on Main Campus. The event will also be livestreamed. Additional information is available at www.ycp.edu/commencement.

The address will be presented by Joseph McGinty Nichol, “McG,” a filmmaker whose parents are natives of York. He is the only person in Hollywood history to have written a #1 song, produced a #1 TV show, and directed a #1 movie. Nichol will receive an honorary Doctorate of Fine Arts.

McG has directed ten feature films and eight television pilots. His career in Hollywood began in the mid 1990s, when he co-wrote the #1 songs “Fly,” “Every Morning,” and “Someday” for childhood friends SUGAR RAY. During this time, he also directed over 50 music videos for artists such as Sublime, Smashmouth, and Sean “Puffy” Combs.

McG’s feature film debut was the blockbuster “Charlie’s Angels,” which debuted at #1 and marked the biggest opening ever for a first-time director. Other films and stars directed by McG include Matthew McConaughey in “We Are Marshall;” Christian Bale in “Terminator Salvation;” Reese Witherspoon, Tom Hardy, and Chris Pine in “This Means War;” and Kevin Costner in “3 Days to Kill.” McG also wrote, produced, and directed “The Babysitter” films for Netflix. To date, his feature films have grossed over $1.2 billion at the box office.

McG is also the executive producer of over 800 hours of prime-time network television, including the cultural phenomenon “The OC,” and the longest-running science fiction show in American television history, “Supernatural.”

McG is working with James Cameron on the remake of “True Lies,” as well as a film adaption of the international best-seller “Uglies,” starring Joey King. He also plans to direct “Family Leave” starring Jennifer Garner.

McG is an avid contributor to various initiatives, including the Motion Picture & Television Fund, Children’s Hospital Los Angeles, Autism Speaks, and The Actors Fund. He most recently gifted iPads to every student in the graduating class of Crenshaw High School to facilitate remote learning during COVID-19 shutdowns.