How Accurate Are Crime Shows? 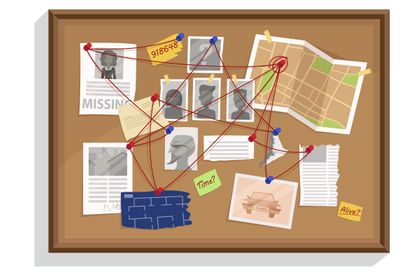 Crime shows (or crime dramas) are one of the most popular genres of network television (TV), notorious for their heavy amounts of suspense and action. In almost every crime show, the protagonists find themselves in the middle of a rather sticky scenario and work alongside authorities (or not) to put together the pieces of the mystery. The tensions built up throughout the story typically subside when the criminal is found and/or convicted, the “good guys” win, and everyone is happy. (“Case closed,” as the victors would say.)

Two of New York Times’ 11 Best TV Shows of 2021 concerned crime and/or the legal justice system—which, considering the vast variety of programming out there, is an impressive look into the rising popularity of such stories within society. Not only do these shows get mostly high ratings and reviews, but they also leave a lasting impression on the viewers who are kept on the edge of their seats until the very end. However, like in many other TV genres, crime shows are often played up for the sake of entertainment. and therefore, not necessarily a depiction of real life. So, how accurate are they, really?

How Realistic Are Crime Shows?

The “CSI effect” (named after the acclaimed show CSI: Criminal Science Investigation) has long been a topic of discussion. According to the United States Department of Justice, “watching television programs like CSI has caused jurors to wrongfully acquit guilty defendants when no scientific evidence has been presented.” The DOJ explains that jurors are also more or less likely to convict based on their expectations for scientific evidence, much of which has been influenced by crime television. If this is the case, then where does fiction end and reality begin?

Amie Scheidegger, Ph.D. is the Chair of the Department of Criminology and Criminal Justice at York College of Pennsylvania (YCP). Through her experience (as well as her teaching of introductory criminal justice at YCP), she has found that crime shows do not tend to be as accurate as people think.

“[Crime shows and dramas] have a tendency to oversimplify a very complex process,” Dr. Scheidegger explains. “The interconnectivity between law enforcement and the court system is often lost, and the injustices that occur in the system skipped over.”

Apart from crime fiction, true crime shows and documentaries are on the rise. These shows use facts from real-life crime stories to create a narrative of these events, which clicks with viewers because of the similarity to regular newscasts. This resemblance is gripping, and whether an episode covers one instance or a slew of criminal activity, it surely has adrenaline at a high as viewers scramble to learn about the events that took place. However, even these are subject to spinning and are not always 100% true to the real story, so it is important to also be careful when watching them, too.

What Crime Shows Get Wrong

Scheidegger agrees that crime shows are highly dramatized. Namely, she states that the real nature of any criminal case, from the investigation all the way to court hearing, takes much more time than portrayed on TV.

“Crimes are not committed, solved, and tried within days or even months,” she says. “[Typically], it takes years for a case to be solved and go to trial.”

In addition, crime dramas tend to place too much emphasis on trials by jury, creating a misrepresentation of what court cases truly look like. Unlike those typically seen in crime shows, most criminal cases never see the courtroom and “are not heard by a jury,” as Dr. Scheidegger describes. Instead, cases are mainly handled and settled through plea bargaining, a laborious process that is not as exciting for viewers to watch.

How Do Crime Shows Affect Society?

Although much of crime television is a work of fiction, it holds a real-world effect on people in society, mainly “by setting unrealistic expectations of the criminal justice system as a whole,” Dr. Scheidegger says. Much of this is due to the CSI effect, which explains the criticisms of television programming for skewing reality. There are many dark and violent situations that are exaggerated and even romanticized for TV, but we know that from real life (and from true crime stories being retold) that not every case ends up perfectly solved, and not all stories have a happy ending.