Paul Hood is a Playwright/Author/Director/Photographer and Actor in Harrisburg, PA. His productions include: Atrophy, The Itch of Gloria Fitch,  My Electric Life, The Imposter’s Snow Cone Machine and Apostle of Freedom, which he co-wrote with renowned Voice Over Artist, Leonard Dozier. His plays The Sequin Royale, Pieces, and Happy Hour were part of Bare Bones Theatre Ensemble’s New Play Workshop Series in 2020.  His most recent play African Company: The Mystery of the African Grove Theatre was featured in The Shakespeare Theatre Associations “Classics Fest” at Gamut Theatre.

His Directing credits include:   Blacktop Sky, Superior Donuts, Topdog/Underdog, and Nat Turner in Jerusalem and Closing Doors. As an actor he has appeared in The Mother****** with the Hat, Waiting for Godot, My Electric Life,  Lizzie Borden, Lizzie Borden, Rashomon and the short films, Heard, The Neighborhood and Name Game. He is the current Artist in Residence for Narcisse Theatre Company and was honored to have Narcisse produce a production of his play, Kill Keller. 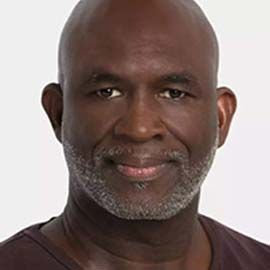