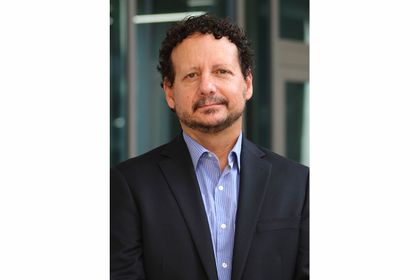 York College will host a talk by a Texas A&M philosophy professor who argues that injustices should be approached in the same way as illnesses at 7 p.m., Nov. 14, in Weinstock Lecture Hall, Willman Business Center. The talk by Gregory Pappas, "An Inter-American Approach to the Problems of Injustice," is open to the public free of charge.

Like cancer, injustice is complex, caused and affected by multiple environmental factors and conditions, and tends to stay hidden even as it evolves, according to Pappas. This calls for a very rich and demanding view of the sort of character of the inquirers, their interaction, and the disciplines that are needed to ameliorate injustices. Pappas will propose ideas about how to begin and approach these conversations about injustice, discuss what counts as “experiential resources,” and offer general principles and virtues needed for effective academic research.

Pappas is a Distinguished Research Fellow for the Latino Research Initiative at The University of Texas at Austin and Professor of Philosophy at Texas A&M University. He works within the American Pragmatist and Latin American traditions in ethics and social-political philosophy. He is the author of numerous articles on the philosophy of William James, John Dewey, and Luis Villoro. He is the author of "John Dewey’s Ethics: Democracy as Experience and Pragmatism in the Americas."

Pappas has been the recipient of a Ford Foundation Postdoctoral Fellowship, the William James and the Latin American Thought prizes by the American Philosophical Association, and the Mellow Prize by the Society for the Advancement of American Philosophy. He is the editor-in-chief of "The Inter-American Journal of Philosophy," which is the first online journal devoted to inter-American philosophy with an inter-American editorial board that includes prominent philosophers from the Americas. Pappas was a Fulbright scholar for the 2012-2013 academic year in Argentina and is currently vice-president of the Society for the Advancement of American Philosophy.