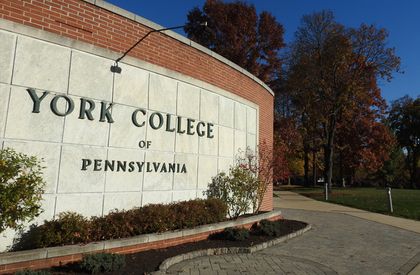 York College will celebrate the 100th anniversary of the 19th Amendment by hosting a panel of historians and local political leaders for a March 19 discussion of the ramifications of women's political activism and the long fight for suffrage. The event, "Beyond the Vote: The Limits of the 19th Amendment in American Women's Political History," will begin at 6:30 p.m. in DeMeester Recital Hall, Wolf Hall, and is open to the public free of charge.

Sponsors are the Department of History and Political Science, The Arthur J. Glatfelter Institute of Public Policy, and the York College Center for Community Engagement.

YC MAGAZINE
Published quarterly, the goal of the magazine is to encourage engagement, action and participation in York College from our alumni and friends of the school.
Read the Latest Issue
Subscribe to RSS
York College News Feed
News Stories
View all News Stories
-
Follow us on Twitter Follow us on Instagram
Tweets by @yorkcollegepa
Follow us on Instagram
New to YCP? Let us help you find your path.
Toggle
Dismiss
Welcome Back! View Your York Experience!
Dismiss
Explore the information on our site that matters to you most.
Choose My York Experience
Close

Tell us your interests and jump right to the stuff that matters most to you.