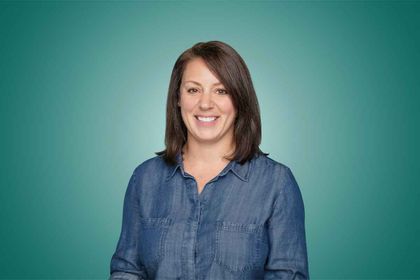 Carla Gray ’04 remembers the side comments and snickers people would make when she told them her career goals. As a Criminal Justice major at York College of Pennsylvania, the Michigan native had her heart set on working for the federal government. But, people wondered, how would a small-town girl attending a small-town college get a job there?

“It really bothered me [how] people would laugh it off or say, ‘You’ll never do that,’” Gray says. “At some point, it went from being just a passion to a mission to prove people wrong.”

It was during Gray’s sophomore year that 9/11 happened. That event in America’s history led to the formation of the Department of Homeland Security and a hiring push that had recruiters bringing recent college graduates into the Secret Service. When Gray graduated from York College and returned home to Michigan, she connected with a Detroit recruiter who helped her explore opportunities with the federal government.

When she showed up for her first day at training for the Secret Service, she wasn’t sure she could do it. “It was exciting and daunting at the same time,” she says. “I went into it knowing I had to just give it my best.”

Gray received a syllabus for her training in the Secret Service and looked at it much the same way she did her college experience. She decided to take it one day at a time and relied on the things she’d learned as a York College student to get through the next several months. Even her time on the York College volleyball team proved to be a valuable resource as she saw herself being coached in new skills.

Later that year, Gray found herself working in the White House as a member of the Secret Service. The next several years, she’d witness history and see many things very few people get to experience. She even traveled to Israel and Saudi Arabia with President George W. Bush.

After six years, Gray says, it was time for the next challenge. This time, her career would take her to the West Coast and from the federal government to the private sector. In January 2012, she arrived at Facebook’s Menlo Park headquarters in California. The campus was still under construction and the company was a lot smaller than it is now, Gray says.

She came onboard at a time when Facebook knew it should start thinking more about security. Her addition to the company was a push in developing those security plans. Her biggest learning experience in her three-and-a-half years at Facebook was adapting her skills from a law enforcement perspective to a corporate culture.

“I had to learn a lot about adapting plans and collaborating with people who had different ideas on how security should look within the company,” she says. “It really shaped my career going forward.”

Gray has been promoted three times in the five years she’s been with Uber. When she joined the company, it was building a security department from scratch. She went from helping to build that department to now leading a large component of it as the Director of Global Security.

In her role, Gray works closely with cybersecurity functions, the investigation team, and a team that works with law enforcement responses and public safety responses. Her top priority is protecting the roughly 15,000 people who work within the global footprint of Uber. That includes making sure Uber’s different sites and facilities are safe, as well as overseeing crisis management and business continuity. Executive protection and threat management also fall under her department.

Now, working remotely from Michigan, Gray’s both surprised and excited about where her career has taken her since she left York College. That drive to prove people wrong pushed her in a variety of ways, and she laughs when she thinks about the competitive nature that has followed her from the York College volleyball court to her current role.

“I learned a lot from York College faculty and my internship experiences that were about more than just studying material,” she says. “I learned how to be a leader, and those are skills I use every day.”